The Critical Alignment Of Systems: The History Of Hospitality API

Think of it this way: imagine there are two great minds sitting in one room, with the knowledge and insight to solve a major problem for a company. The only catch? They speak different languages. Without a translator, they can’t work together to solve the problem at hand. An open API acts as that translator, ensuring all systems (with their various purposes) can communicate openly to ensure a seamless operational model. 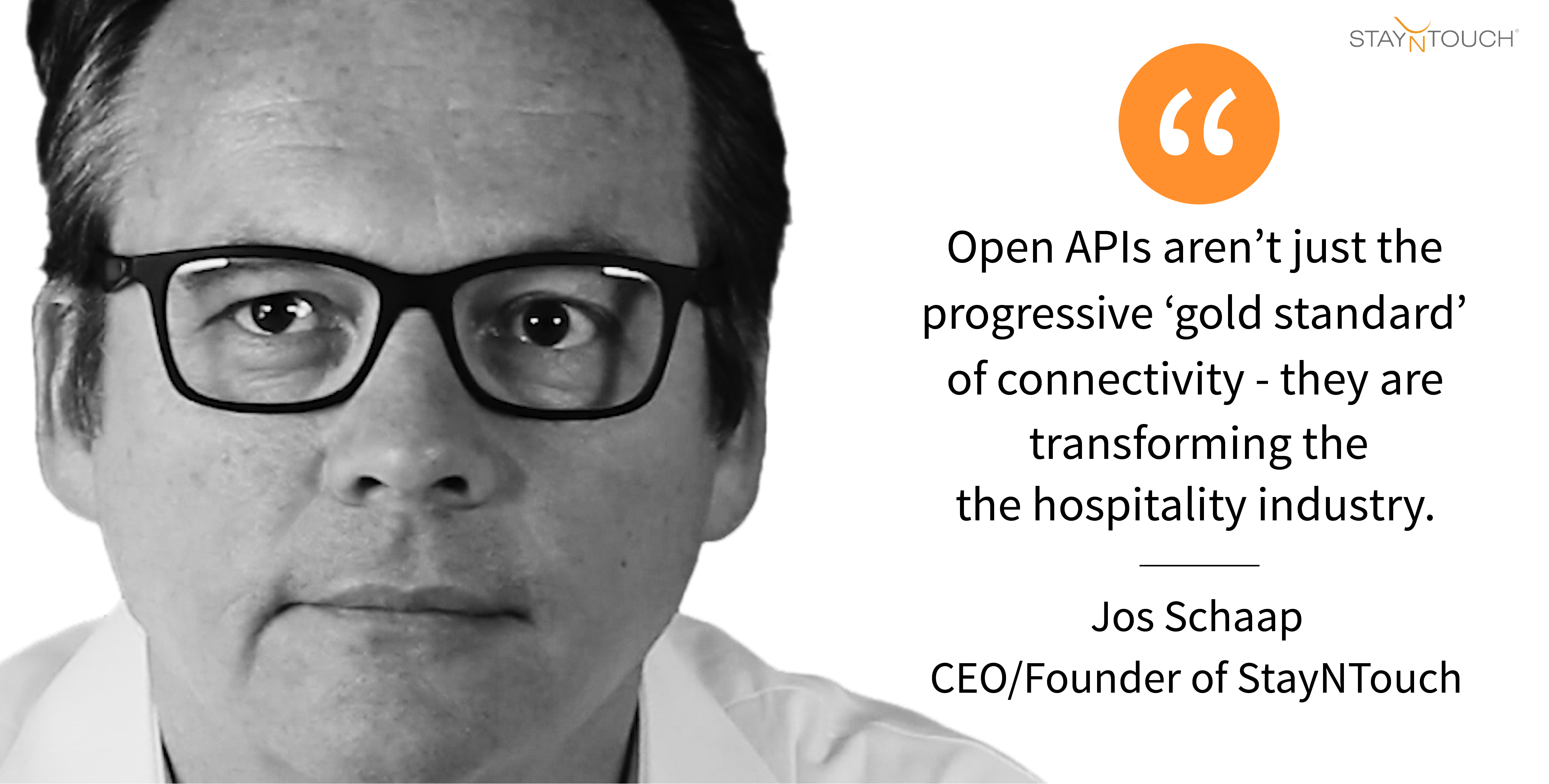 APIs (Application Program Interfaces) act as the integral backbone of a hotel’s digital network, connecting hospitality software, applications, and programs that keep operations running on any given day. In simpler terms, an API is a way for applications or programs to interface or connect and communicate with each other effectively.

Unfortunately, technology integration between systems has always been somewhat of an uphill battle for hoteliers and tech providers. The complexity of connecting two different systems together in order to not only communicate but to transfer data in an intelligent way has proven to be an industry-wide challenge. Why? Because different clients often express interest in different datasets or information, and the act of connecting two systems has traditionally been associated with high costs. Rather than paying one fee to ensure seamless integration, the PMS vendor would charge an interface fee as well as the secondary system provider. This likely attributed to the slow pace at which the hospitality industry has traditionally adopted new tech — it was, at times, simply too expensive a venture. Luckily, we’ve shifted into a time where open API’s are becoming an industry-wide gold standard, with technology providers offering an advanced solution without the hefty fee for connectivity.

So, in this world of API and robust technology demands, where did we begin, where are we at now and where are we headed?

In the early days, interfaces were hard wired via serial interfaces. High-Speed Serial Interface (HSSI) was a short-distance communications interface that was commonly used to interconnect routing and switching devices on local area networks (LANs) with the higher-speed lines of a wide area network (WAN). Typically, HSSI is used to connect a LAN router to a T-3 line. A great deal of computing power was required and sometimes a little black box was in place to enable the transfer of data.

After that came XML and thus API’s and the capability to utilize the Internet to complete interfaces and speed up the connective process. While this was a much-needed step in the right direction, it did not come without its challenges. Namely, companies saw this movement as an opportunity to monetize the integration process at the expense (rather than the benefit) of the hoteliers. Combine this with the unavoidable challenges that come with the adoption of new technology, and many hoteliers found themselves rightfully skeptical of the introduction of new systems (PMS, CRM, CRS and more). Sure, connectivity was now possible, but those APIs were far from open — rather, that kind of access was trapped behind expensive processes.

With the shift to an open model (which is finally being embraced by the hospitality industry), developers can freely access APIs in order to link systems seamlessly and create a streamlined experience for hoteliers which translates to an enhanced guest experience. With the power of readily-accessible APIs, hoteliers can cultivate a data-driven, guest-centric experience utilizing shared data across all applications, therefore curating a unique, personalized offering. This is the future of the hospitality industry, as the modern guest demands a more personalized relationship with the hotels they frequent and demand communications, upgrades, offers and on-property experiences that go that extra mile.

In fact, open API’s aren’t just the progressive ‘gold standard’ of connectivity— they are shaping up to be the only way in which hoteliers can truly keep up with the technology demands transforming the hospitality industry. With the constant bombardment of new entrants (apps, data and revenue streams, engagement opportunities) the only way to utilize the data from these new platforms will be through the use of APIs. Of course, there are a number of issues that still stand between the hospitality industry and total hotel system integration, including security, legacy vs. modern system versions, lack of unified standards between systems, cloud-based vs. on-premise systems and more. But with this shift to an open API infrastructure and reduced implementation costs, in combination with the increased adoption of cloud-based, mobile-friendly software and modern (versus legacy) PMS technology, the hospitality industry is making major strides in the right direction.

After all, with so many different hotel systems (by various technology vendors and developers) frequently running at a single property, the need for a fully integrated, cloud-based and data-driven operational experience is paramount now more than ever before. 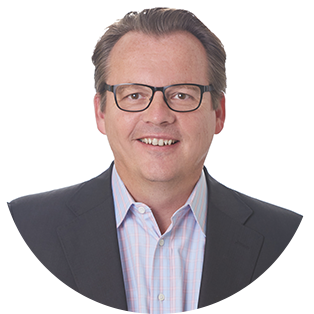 Jos has a 20+ year track record in hotel software technology. He began StayNTouch with the vision of re-inventing the hotel PMS technology; making it simple, mobile and transitioning the software to the cloud.  Prior to StayNTouch, Jos spent 17 years at MICROS Systems Inc. (Now Oracle Hospitality), as a Senior Vice President of  in charge of global product development and strategy for the Lodging and eCommerce divisions. During his tenure, MICROS’ hospitality products became the global market leader growing the company’s revenues from less than $300 million to $1.1 billion. Jos was responsible for introducing a number of new products enabling MICROS to enter all hospitality segments from limited to full service hotels. 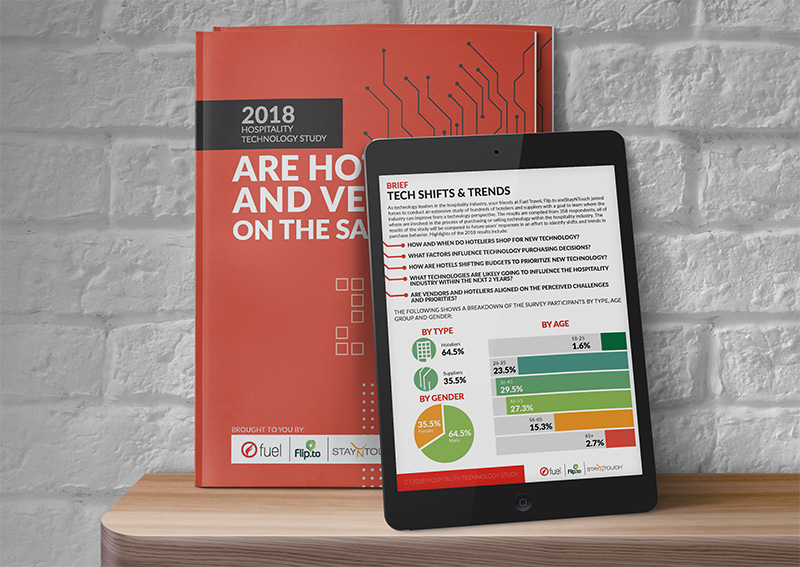 How PMS Vendors & Hoteliers Can Work Together 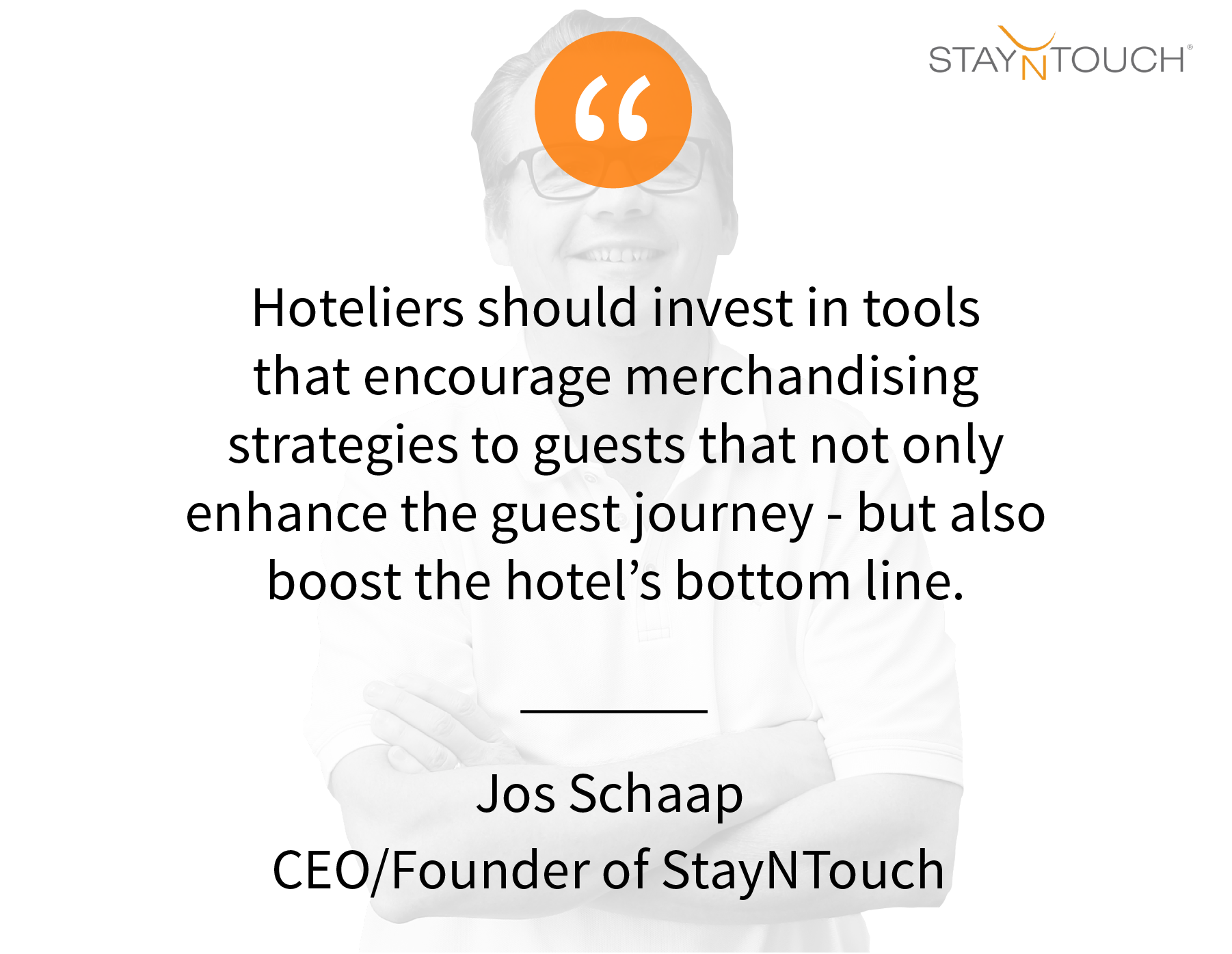 streamline your operations, enhance your guest experience, and drive More revenue for your property or portfolio.
Schedule Demo
Explore