The Evolution Of Online Travel Distribution & Its Impact On Hotels

In today’s highly competitive market, where hoteliers need to compete for the online guest, utilising technology efficiently to gather and analyse data and intelligence and, collaborate more closely with their hotel teams to manage distribution more actively to ensure the direct price is always the best available can have a very positive impact on the hotel’s bottom line.

It’s easy to forget that we didn’t always complete bookings via the internet. Before the advent of online check-in and price comparison sites, airline tickets and hotel reservations usually involved booking via tour operators or travel agents. If you wanted to make a hotel booking independently, you would have to research the one you wanted through a guidebook, more than likely make an expensive international call, and follow up with a letter!

When it came to pricing, rates were largely fixed “rack rates” which depended on seasonality and, there was no such

thing as last-minute agents either – walk-in customers were in with a good sporting chance of getting a last-minute bargain but if not, they just paid the going rate like everyone else.

Fast forward to today and the distribution landscape has been reshaped and is ever evolving. With the rise of internet-based room reservations, technological advancements and new emerging players there is now a “complex web of choices through which suppliers and buyers of hospitality services must carefully navigate to ensure favorable financial results.” Cornell University.

So how did we get here?

Airlines. Back in the 1950s and 60s, airlines developed their own technology to list and record inventory and help sell their flights. It all kicked off when TCA (Trans Canada Airlines) in conjunction with the University of Toronto and Ferranti Systems developed the world’s first computerized reservation system, known as the Reservec – Reservations Electronically Controlled. American Airlines, who already had a Magnetronic Reservisor in place – a system that allowed them to store seat availability on a centralized platform, was aware of the early Reservec success and decided to invest in the development of their own computerized reservation system. In 1962, through a partnership with IBM, they began operating the Semi-Automated Business Research Environment, or Sabre for short. The system was essentially a digital database of flights that could be reserved by phone. With the success of both Reservec and Sabre systems, other airlines were quick to develop their own computerized

in a very short period the Deltamatic, DATAS, Apollo, and PARS were all up and running in the 1960s. Unsurprisingly, hotels began to see the opportunities that electronic distribution provided. Taking inspiration from the airlines, hotels started to develop their own systems, which eventually become the Property Management System (PMS) – a system we are all too familiar with today!

On a parallel track, with the growth of the airline industry, airline routes and booking processes were becoming more and more complicated, making the travel agent a more popular choice for consumers to book their airline tickets. Eventually, to sell tickets more efficiently and “automate” the booking process, airlines agreed to give travel agents direct access to their reservation systems, allowing them to see real-time availability and pricing information, and to make instant bookings. Of course, it was only a matter of time before the hotels also followed suit reservation platforms and.

Then when the 1980’s came along there was with a monumental shift in technology; computers systems rapidly evolved and businesses saw the benefits those systems provide. But it really was the 1990s when bigger changes started to happen; TravelWeb was born, hotel brand.com sites launched and directly connects from website to PMS and GDS were established. With new developments in technology, many leading travel brands began creating websites, some with online reservation capabilities. It was also the decade that the online travel agencies (OTA’s) started to appear. At first, it started as a trickle, there to help consumers find and book competitively priced room nights for various destinations on one platform providing various services – hotels, flights, car rentals, travel packages etc. But, in 1996, it was Microsoft, “…the most high-profile technology company on the planet at the time, realized there was probably something in this early momentum and unveiled its attempt at an online travel agency, known as Expedia. The rest is history.” Kevin May Co-Founder & Editor, Tnooz.com.

Expedia set the pace for countless imitators in the following years – and in more recent times they are now mostly owned by two main players: Expedia and its competitor, the Priceline Group. Expedia now comprises of Travelocity, Orbitz, Hotels.com, Hotwire, Trivago, CheapTickets, ebookers, TripAdvisor.com, and subsidiaries among others, and Priceline’s stable of online travel agencies now include Booking.com, Kayak and Agoda.com. 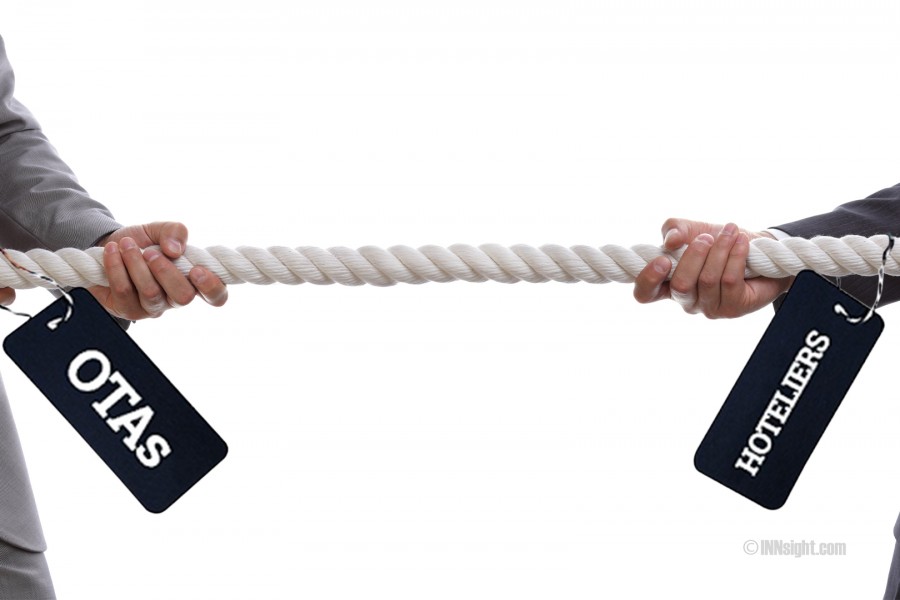 Where did it all go wrong?

When times were tough back in the early 2000s, hotels relied on the OTAs as a cheap and easy way to sell inventory online but naively and mistakenly,

they also locked themselves into strict contracts – which as a result, as a distribution partner has had a profound effect on the hotel industry. “While I would include other intermediaries like Google and TripAdvisor, it’s true the emergence of the OTAs has been one of the most significant things to happen in the hotel industry in the past 20 years,” said Mark Lomanno, partner and senior advisor with Kalibri Labs. “It has completely changed our business model.”

With their ever-expanding networks and their powerful web presence they have power and leverage to command high commission rates (it is estimated that the U.S. hotel industry is currently paying between $4 and 8 billion annually in transaction fees and commissions resulting from bookings made via OTAs!), assign strict rate parity clauses and leavelittle room for hotels to negotiate.

In short, OTAs are effectively “creating a perverse situation where the business of providing a good or service is significantly less profitable than the business intermediating its sale,” Skift 2016. Forecasts show that by 2020 the two named main players, the Priceline Group and Expedia, will control 94% of all online hotel bookings. “What’s emerged in recent years in the world of accommodation is anything but – a powerful duopoly of two online travel agents,” says Mike Bevens, Managing Director of Sawday’s.

The OTA sector has been one major disruptor to online distribution but other intermediaries have also come along and have further complicated the hotel industry distribution landscape such as Google, Facebook, TripAdvisor, metasearch sites and Airbnb.

What does the future hold? 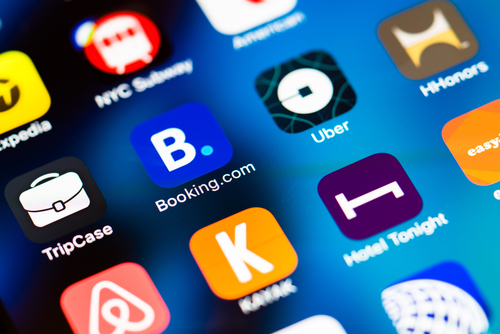 The online distribution landscape is ever evolving space and new entrants will continue to complicate the dynamics of the marketplace and as a result, hoteliers are presented with a strategic challenge of controlling their distribution, while also working with intermediaries that can help sell rooms. In today’s highly competitive market, where hoteliers have to compete

for the online guest, utilising technology efficiently to gather and analyse data and intelligence and, collaborate more closely with their hotel teams to manage distribution more actively to ensure the direct price is always the best available can have a very positive impact on the hotel’s bottom line.