Airbnb’s Impact on The Hotel Industry is Less than Perceived – True or False?

Findings from a recent report released by STR, using data supplied by Airbnb suggests that the impact of Airbnb on hotels is less than perceived. Which 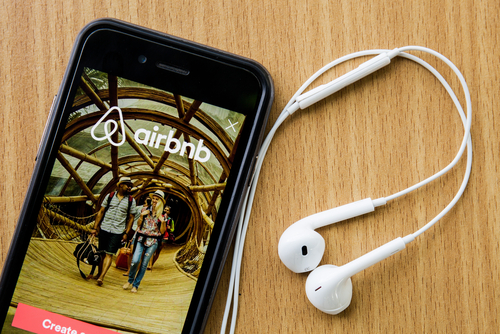 Findings from a recent report released by STR, using data supplied by Airbnb suggests that the impact of Airbnb on hotels is less than perceived. Which is interesting and curious, as why now, after various different reports prior to this suggested the opposite? One such report revealed that Airbnb’s operations had a negative impact of approx. $2.1 billion on the lodging industry and the broader economy in New York City alone over the course of one year (2014-2015). So why now is it thought the impact is less than perceived?

Well, it could be all down to a ‘fairness debate’ i.e. all along the business of hotels and Airbnb were compared as one in the same – however, there are some fundamental differences.

Both offer different products, and appeal to different audiences at different times. i.e. “Airbnb has more listings (2.3 million) worldwide than Marriott and Starwood combined (1.1 million rooms). However, it’s not a fair or direct comparison to equate one Airbnb listing to one hotel room because listings aren’t available year-round and some are for private rooms instead of entire units. Some listings are also for unique accommodations and might be able to accommodate larger groups than a typical hotel room.” Skift.

Growth of Airbnb is not as it seems. The new data from STR also suggests that the markets where Airbnb sees the biggest growth and highest occupancy levels are also markets where hotels also have high occupancy levels. So for example, Airbnb are seeing high levels of occupancy in the cities of Los Angeles, San Francisco, and Tokyo but really Airbnb is just “accommodating excess demand” as hotels in these areas also have high occupancy.

Similarly, data previously used in reporting hasn’t always been transparent – a report at the beginning of the year by Inside Airbnb, claimed Airbnb “misled the media and the public” when it published a snapshot of New York City listings as of November 17, 2015 – and as a result Airbnb updated their data.

As a prime point of contention, probably one of the biggest differentiators and bug bearers for hoteliers is that the business of Airbnb falls under different laws and tax regulations than hotels. Airbnb has not been subject to occupancy tax laws and has forgone paying the local government’s sales tax and fortunate to avoid many rental and hotel laws so far – which has upset many local councils in the process, Barcelona went so far as to fine Airbnb for its practices and many other cities have begun cracking down on what Airbnb can actually advertise. New York Attorney General Eric Schneiderman has also argued that Airbnb rentals should be regulated like hotels and Airbnb providers should be subject to hotel occupancy taxes. However things are beginning to slowly change and Airbnb has agreed to collect taxes in some cities on behalf of hosts, such as LA and has welcomed other proposals from other cities.

Major hotel chains like Marriott, Four Seasons and Hilton have mostly downplayed competition from platforms like Airbnb and insist the primary demographics of their hotel patrons differ vastly from Airbnb’s guests, and their revenues have not been affected… and now it seems they might have been right all long. An STR report released earlier in the year concluded that, “There appears to be no direct, statistical evidence suggesting Airbnb units and hotel rooms compete consistently for the same traveler”. Hilton Worldwide CEO Christopher Nassetta acknowledged Airbnb as a “real business venture… creating a much more efficient way to sell it but also said that Airbnb is “fundamentally a different business.” “We all are in the business of hospitality. We are in the business of people serving people. We are not – in my humble opinion – in the business of lodging. I think AirBNB is more in the business of lodging.”

So while the Airbnb’s impact on hotels might be less than perceived, perhaps one area of concern is more closely to do with the financial impact on the economy (i.e. local authorities would like to collect more taxes!). Also, while there is evidence there to suggest that Airbnb and hotels are not 100% like for like, Airbnb does appeal to a certain audience; independent, mobile, leisure travelers who are looking for local cultural experiences, you know the ones, the sharing type.

The sharing economy is growing fast and has left established brands dangerously out of touch. Hotels need, and are responding to the sharing economy, but right now, Airbnb is filling that void for many travelers.